Commissioned by the tarpon river and sailboat bend homeowners association along with a NCIP grant from the city of fort Lauderdale, 4 nine foot by ten foot handmade tile mosaic murals were designed. With additional funding from local business groups a 12″ frame around each mosaic and special LED lighting for night viewing were added. Taking seven months to create, the mosaics were installed November 7, 8, and 9th for the 2011 Winterfest boat parade. The mosaics are steeped with the history and lore of the city of Fort Lauderdale.

Two West facing mosaics “Sailboat Bend” and “New River” can be viewed at Cooley’s Landing. One can walk under the bridge to view the east facing “Avenue of Arts” and “Tarpon River” at the start of the city’s River Walk. These names and visuals are not random. Sailboat Bend is the oldest neighborhood in the City, dating from the early 1900s.
Representing our city’s Native American history The mosaic titled “New River” depicts the Seminole legend of the creation of the new river as a path to the ocean. Woven into the design are deer, a turtle, an eagle and even an alligator. On the river banks, further inland, rest Canoes at a Seminole hut.

The art work for the final mosaic “Avenue of the Arts” has been selected as the 2012 las Olas Art Festival Poster. Depicting the arts district of Las Olas the masks of comedy and tragedy come alive on a stage while jazz plays in the background park. The Museum of Art is represented as paint brushes creating the image and the Museum of Science and Discovery’ is represented by an atom floating above the saxophone. Even the bricks of the river walk make there way into the art work on the lower right. 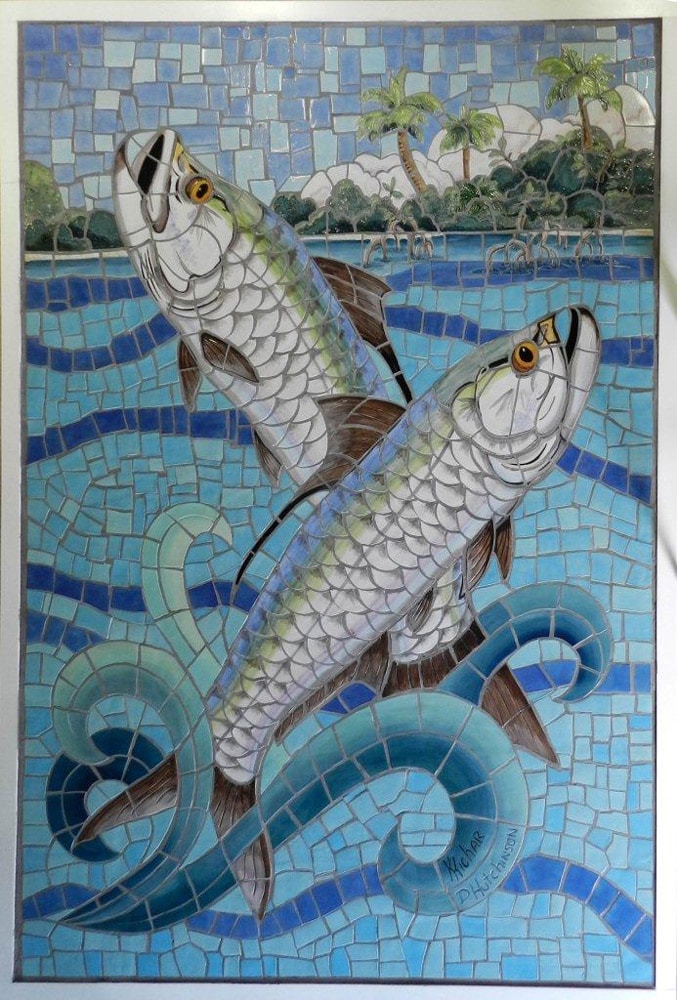 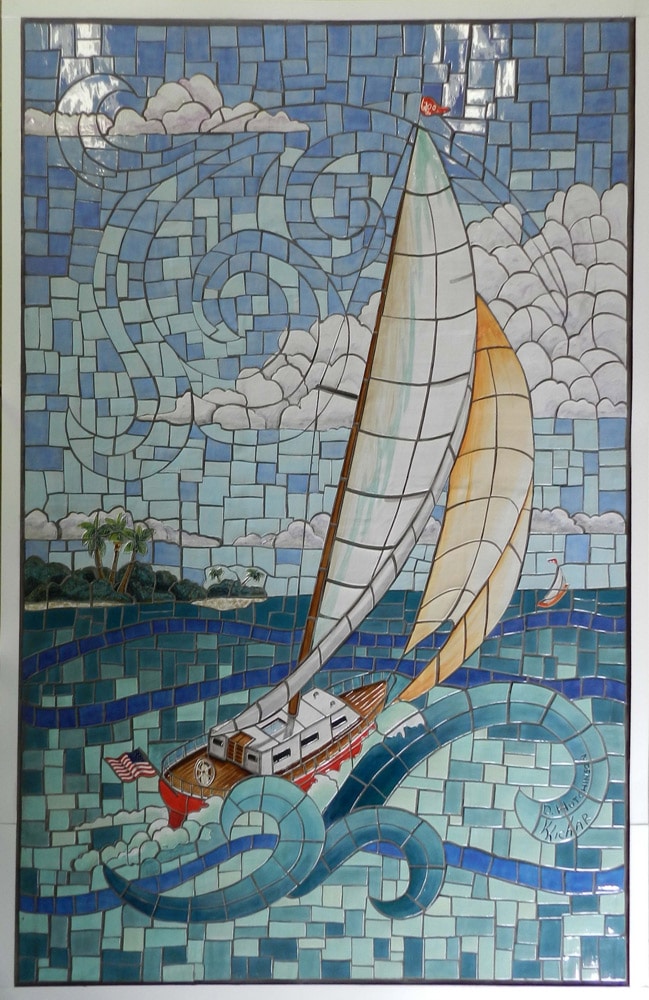 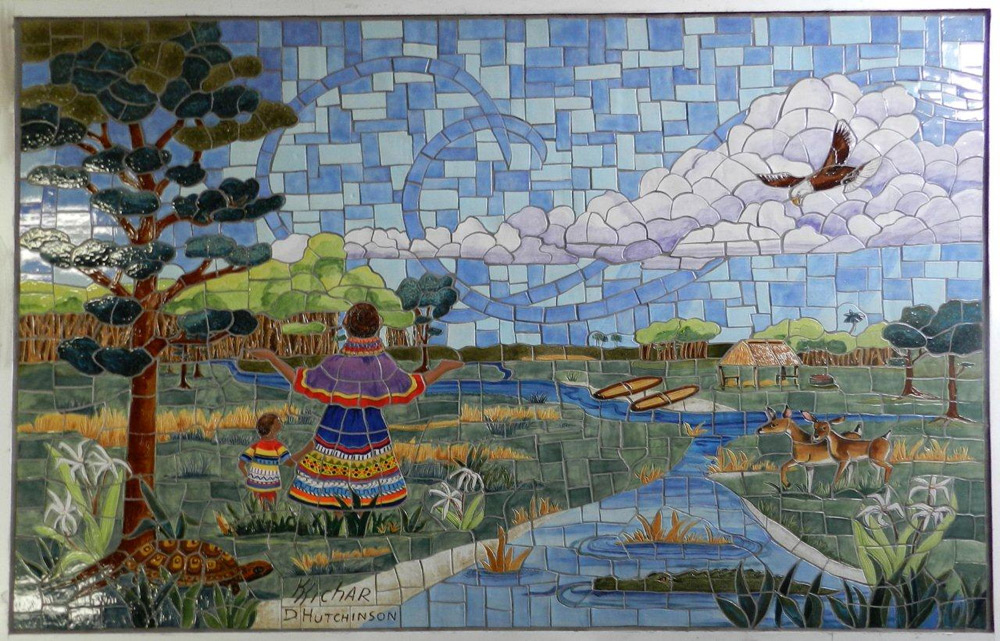